Put the turbo on the weed control

The TURBO blower ensures very high combustion efficiency, as well as a high turbulence and air speed, which provides an efficient heat transfer on the weeds and thus a fast blanching, regardless of which surfaces need to be freed of weeds.

A treatment with the ZACHO high-temperature hot air system shows a convincing result after just a few days.

This method of weed control is very special as it operates at up to 800 degrees, hot air that gives you a higher operating speed.

Its powerful fan allows the hot air to get well under the leaves and gives an effective result, while ensuring the much greater safety against fire danger.

With a UKB you get a product that is built to last for many years, we have machines that after 18 years still run without changing the fuel box and guns.

At the same time, you completely save on the use of chemicals to get rid of the weeds.

Our UKBs last unbelievably long. We do not know exactly how long, but we have machines that have been running for 18 years and are still running.

Click on the different machines to see what we can offer of solutions within weed blanching. 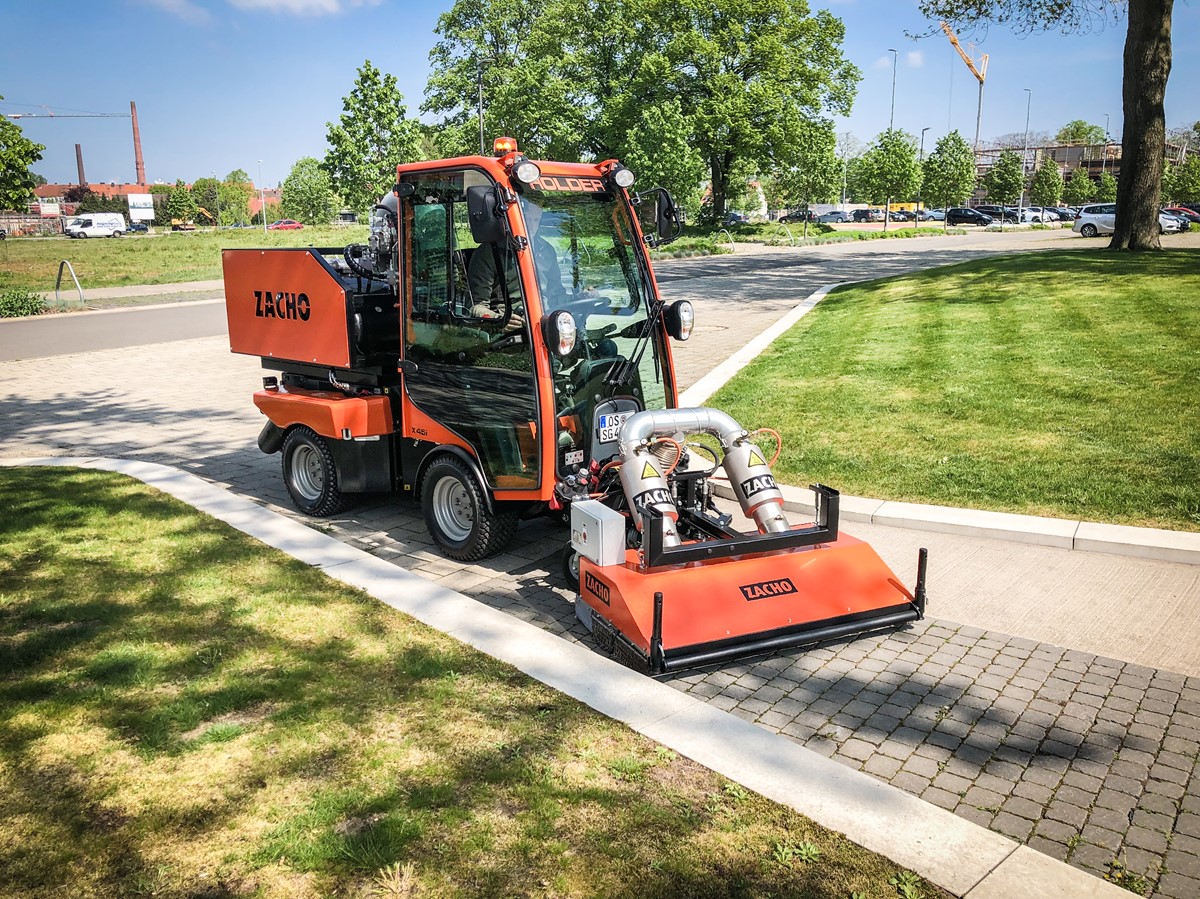 • No chemicals or toxins

The machine is used for blanching weeds on fortified areas, including substrates of asphalt, concrete, gravel and other forms of heat-resistant coating.

The machine is used along curbs, on sidewalks, paths, bike paths, walkways, as well as pouring systems and around signs.

Pay attention to the surroundings where you blanch. It can be very dry with the risk of ignition of grass / leaves or where there have been spills of combustible material such as oil and the like.

The machine must not be used in enclosed spaces.

UKB 1200 is based on a high-temperature hot air system. The air is sucked in through the blower housing and is led via a blow hose to the cannon's combustion chamber, where the ignited gas is mixed with a large amount of air, which ensures a very high combustion efficiency.

Since the combustion chamber is located in the upper part of the cannon, only the heated air is blown out through the cannon and down into the heat shield, where it is forced out in front of the machine due to the amount of air thereby heating the front area as a result of this preheating ensures a high and efficient working speed when the weeds are "blanched" in seconds later

Effective around signs, lampposts and benches etc. due to the hot air fan in front of the machine.

Safe and easy operation with "Quick on / off function".

Electronic continuous ignition (ie ignition constantly during operation) and automatic gas shut-off at stop. No flammable gas / air mixture outside the equipment due to the air-based system with large excess air.

With Quick on / off function, the equipment is particularly suitable for "interval treatment", which saves a lot of gas. 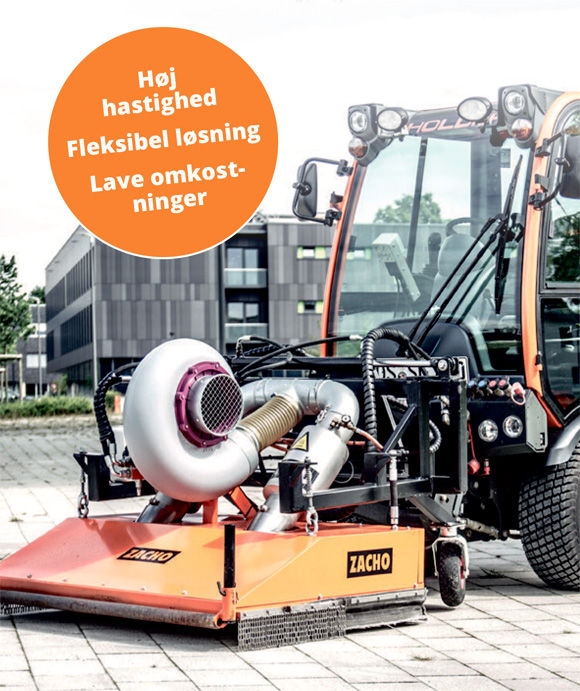